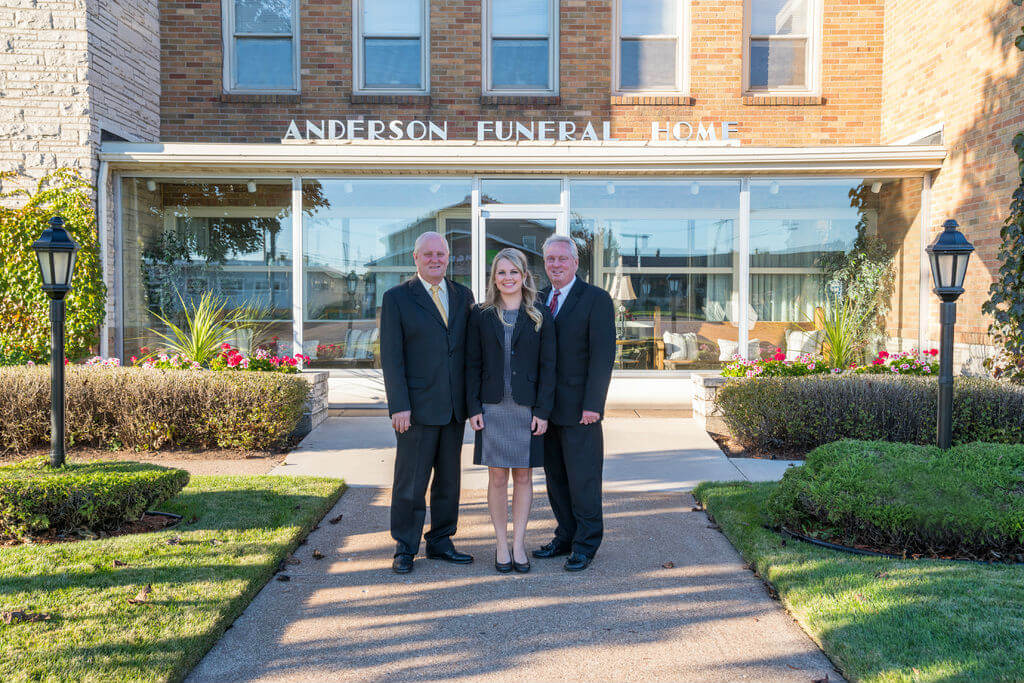 The Anderson Funeral Homes of Escanaba and Gladstone have been faithfully serving Delta County and the surrounding area since 1919.  We're proud of our long, rich heritage of three generations in the funeral service.  Our sole purpose is to serve families of all faiths and creeds with commitment to excellence, caring and personalized service. The Anderson Funeral Homes have dedicated staff of unquestionable integrity.  We take great pride in providing quality, dependable, affordable service and respect for every family that we are privileged to serve.  The Anderson Family at all times, will show compassion and provide high quality professional service consistent with our family values.  Our vision is to meet each individual's needs and exceed their expectations.

In 1916, World War 1 veteran C. Arthur Anderson became active in the furniture and undertaking business.  By 1926 he moved the Escanaba funeral business from the old Fair Store building to 1220 First Avenue South.  In 1950 C. Arthur's son, World War 2 veteran Arthur, joined his partnership and in 1952 they built a new funeral home which is at its present location of 2200 Ludington Street.

In 1966 Arthur and his wife, Lois, purchased the Kelly Funeral Home in Gladstone and renamed it Anderson Funeral Home.  This second site gave families an additional location for the Anderson Family to serve them.

Christina Anderson, Chris' youngest daughter, received her Bachelor of Science degree in May of 2016 from the University of Minnesota, majoring in Mortuary Science. Christina is very excited to continue the Anderson tradition as a fourth generation funeral director.

A year of daily grief support

Our support in your time of need does not end after the funeral services.  Enter your email below to receive a grief support message from us each day for a year.  You can unsubscribe at any time.