Share a memory
Obituary & Services
Tribute Wall
Read more about the life story of Debra and share your memory.

She was born on April 9, 1954 in Escanaba. Debra was raised and attended school in Escanaba where she was a 1972 graduate of Escanaba High School. She went on to further her education at Northern Michigan University in Marquette. Debra moved back to Escanaba and married James “Jim” Jankowski on October 27, 1973 at St. Anne’s Catholic Church. The couple shared 49 years of marriage and raised two daughters, Brianne and Tori. Debra began her working career with Shopko in Escanaba and then was a secretary for Bill Butler in the County Clerk’s office. When their daughters were young, Debra was a homemaker and cared for the family and volunteered for the Brownies and Girl Scouts that the girls were in. After the girls were older, she was employed at Lee’s Studio and at Hardees until her retirement. Debra also did some babysitting for families that she and Jim knew. Debra loved to travel with her family to the East Coast and Southern states through the years and once the daughters were grown, Debra and Jim enjoyed taking trips to Door County Wisconsin and spent several years wintering in Texas. Debra loved animals, especially dogs, planting indoor and outdoor plants, working in her gardens, music, especially easy listening and jazz. Debra enjoyed collecting tea cups, tea pots, unique kitchenware and dolls, many of them she made herself. Debra was a member of St. Joseph and St. Patrick Church in Escanaba.

Debra was preceded in death by her parents, Frank O. Sheffer and Mary (McCauley) Sheffer; and sister, Robin (Sheffer) Shomin.

Debra is survived by her husband, Jim Jankowski of Escanaba; and daughters, Brianne Jankowski of Menominee, MI, and Tori (Mario) Wenig of Germany.

In honor of Debra’s wishes, no services will be held at this time. A celebration of Debra’s life is being planned for a later date. Donations in Debra’s name can be made to the Delta Animal Shelter.

To send flowers to the family or plant a tree in memory of Debra C. Jankowski, please visit our floral store. 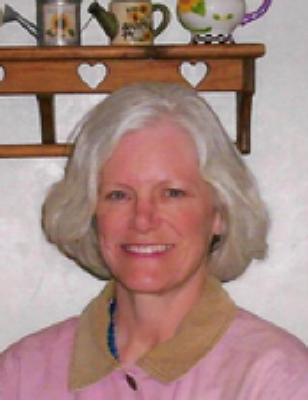 You can still show your support by sending flowers directly to the family, or by planting a memorial tree in the memory of Debra C. Jankowski
SHARE OBITUARY
© 2023 Anderson Funeral Homes. All Rights Reserved. Funeral Home website by CFS & TA | Terms of Use | Privacy Policy | Accessibility